Why Tablets Will Become Our Primary Computing Device

According to some early studies, it was believed that tablets would become our primary computing device by 2016. Even though in a great measure this statement cannot be fully accepted there are many things that show that tablets are indeed among the most used devices around the world. This is probably because of a variety of options which tablets allow among other things such as compact and convenient form which allows the use of personal computers everywhere you go and with less effort than using a laptop.

However, the researchers did not anticipate the development of smartphones on the same market. Therefore, many use smartphones for many different everyday tasks, which allows them availability 24/7 and also the ability to do a variety of tasks with a device which easily fits in their pockets and purses.

However, there are some tasks where smartphones cannot replace tablets. There are some particular jobs which include tablets as their necessary equipment which leads to the confirmation of the thesis that the tablet (for some) is a primary computing device.

Even though they are not the most powerful computing gadgets, they are certainly the most convenient ones. This is probably because they have the bigger screen than the ones which smartphones have. Furthermore, the battery life is longer, and its always-on capabilities make it better than any PC. Besides, laptops can be heavy as well, or unpractical when it comes to using it in a public space. You can use tablet even when there is no flat surface or a chair to sit on and work on your laptop.

In addition to these advantages, we should also observe content creation apps which are constantly appearing on tablets. This also represents the interest of the companies and developers to make tablets attractive and inviting. Nevertheless, because of all the characteristics and options which tablets provide one should be definitely encouraged to use the tablet on a daily basis.

However, more recent studies show that smartphones are rapidly taking over the role of the primary computing device since it is a much more convenient option and basically everything you need in this pocket-size device.

We must agree that for everyday use smartphones allow many options which are more than sufficient for an individual. They are smart in many ways – they have great storage, camera, calling and texting options, wi-fi connection and tons of apps which allow you reading, web browsing, listening to music, watching movies, TV shows, and sports. They also have excellent editing apps for photos, texts, videos and other work-related activities. 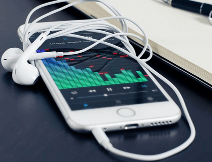 This means that you probably will not need anything else when it comes to simple tasks. However, you will probably want a bigger screen or a more convenient device which will allow you full-time working on your tablet and also in harsh environments which are probably not suitable for your smartphone.

Therefore, even though tablets were meant to become the primary computing device for everyone they are now meant to be only the most important device for some who can make the most of it despite the fast development of smartphones.

The small size of the smartphone may be insufficient when to comes to watching movies or reading eBooks, which can start bothering you after a while. Furthermore, as it was already mentioned, they are not suitable for heavy works, which is where tablets have an advantage. Besides, smartphones also need the help of a desktop or laptop to be complete for certain tasks. In many cases, today´s tablets are perfectly able to operate without PCs or laptops complimenting it.

Finally, there is no easy answer to the question what is the best option in general. This is because everyone has their on preferences and different necessities to be provided by their devices, which allows a lot of options for everyone to be choosing their primary computing device.

Despite everything, it is necessary to say that, obviously, the result of the research saying that by 2016 375 million of tablets would be sold around the world is far from the truth.

Nevertheless, the market for the tablets is incredibly large. You can choose from a variety of tablets and according to your desired use. There are cheap ones as well as the expensive ones depending on the abilities and characteristics they offer. And since smartphones still need some devices to complement its operation many people decide for tablets since it is the second most convenient option, slightly heavier than a smartphone but with a range of possibilities.

So, even though the tablets did not become the primary computing device on the market, they are still among the most used devices around the world, which allows them to further develop and improve. Maybe one day, we will abandon our smartphones and replace them with tablets.